Following on from our State of Ransomware 2020 blog, we’ll be tracking the 2021 publicized ransomware attacks each month to share with you via this blog.  With damages from cybercrime expected to hit $6 trillion this year (up from $3 trillion in 2015), we expect the number of ransomware attacks to increase and newer forms to become more sophisticated and disruptive. To keep informed of what’s happening every month, follow this blog and register for our free monthly ransomware report.

We also have our new State of Ransomware 2022 blog available for more recent statistics. 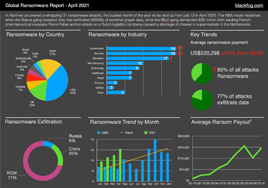 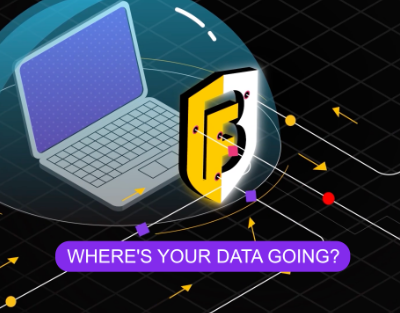 Let’s begin with January and look at the 19 attacks we uncovered during the month.

February saw a total of 23 attacks, up from 16 in 2020. South America reported some large attacks including two major utility companies, the Ministry of Finance and Ecuador’s largest bank. The apparent attack on Kia made a lot of headlines during the month as the company continues to dispute the attack, despite the cybercriminals posting their data on the dark web. Here’s a look at what we uncovered for the month.

In March we recorded 25 attacks, the highest month of the year so far. An attack on computer giant Acer became the largest ransom demand in history at $50 million, while ransomware attacks halted production at IoT  manufacturer Sierra Wireless and beer maker Molson Coors. Here’s a look at what else we uncovered during the month.

In April we uncovered a whopping 31 ransomware attacks, the busiest month of the year so far and up from just 12 in April 2020. The NBA made headlines when the Babuk gang revealed they had exfiltrated 500GBs of sensitive player data, while the REvil gang demanded $25 million from leading French pharmaceutical company Pierre Fabre and an attack on a Dutch logistics company caused a shortage of cheese in supermarkets in the Netherlands. Here’s a summary of what else we tracked during the month.

In May we uncovered 22 ransomware attacks, up just one from May 2020. The most high-profile attack of the month goes to Colonial Pipeline. An attack on the largest fuel pipeline in the US made headlines worldwide and caused havoc throughout several states in the US as the outages caused a shortage of gas. Here’s a snapshot of what other attacks made headlines during the month.

June saw an uptick in the frequency and severity of ransomware attacks across the world. Although there were no global headline-making attacks like the Colonial Pipeline attack of the previous month, attackers successfully crippled several high-profile organizations like Fujifilm, Grupo Fleury and ADATA. Here’s a summary of who made ransomware news during the month.

July racked up 29 ransomware attacks, up from just 12 reported in the same month last year. The REvil gang was particularly busy with their attack on Kaseya which resulted in a 70 million USD ransom. The incident affected up to 1500 organizations including a large chain of supermarkets in Sweden, an animal hospital in Maine and a school district in Tennessee.  In an interesting turn of events the Babuk gang became victims of ransomware at the hands of an unknown group who took control of their Dark Web forum and demanded a $5000 ransom which they refused to pay. Here’s a snapshot of what else we uncovered during the month.

In August we uncovered 21 reported ransomware attacks with government and healthcare being the most targeted during the month. The first healthcare incident took place in Italy where the Italian vaccination registration system was taken offline by RansomEXX. While US based Eskenazi Health and Memorial Health System were forced to divert ambulances and cancel procedures  due to ransomware attacks. Here’s a summary of what we uncovered during the month.

September had a slow start with the bulk of what we uncovered being reported in the latter half of the month. For the first time this year the total reported number was lower than that of 2020, however, given the trends this year it’s likely that many of the incidents have yet to be disclosed publicly. We tracked 24 incidents including the Department of Justice in South Africa, two major U.S. farming cooperatives, and multinational electronics giant JVCKenwood. Here’s a summary of what we uncovered.

In October we recorded 24 reported ransomware incidents, down from 40 in October 2020. This month saw new entries from criminal gangs Everest and Desorden and some notable attacks including Graff Diamonds in the UK. An attack on the Ferrara Candy Co. threatened supplies of Halloween staples such as candy corn, while multi-billion dollar dairy foods company Schreiber also had their production knocked offline following an attack. Here’s a look into what else we uncovered during the month.

For the third consecutive month this year the number of reported attacks was down in comparison to 2020. Notable incidents include an attack on the Newfoundland and Labrador Healthcare System which has been called the worst cyberattack in Canadian history, and German electronics retail giant MediaMarkt who got hit with a whopping $240 million ransom demand from the Hive criminal gang! Here’s a snapshot of what was reported in November.

December was the busiest month of 2021 with 33 ransomware attacks being publicly reported. We saw several high profile attacks including car manufacturer Volvo who lost R&D when they were hit with ransomware, and Nordic Choice Hotels whose guests found themselves locked out of their hotel rooms following an attack by the Conti gang. Perhaps the most interesting was an incident at tech company Asurian where a former disgruntled employee stole a company laptop and exfiltrated data before posing as an anonymous ransomware hacker, extorting them out of $300,000! Here’s a look at what else we uncovered in the last month of 2021.