The State of Ransomware in 2022

The State of Ransomware in 2022

In 2020, 2021 and now 2022, BlackFog’s state of ransomware in 2022 measures publicly disclosed attacks globally. We also produced an annual summary of our findings in the 2021 ransomware attack report. In 2022 we will be tracking even more statistics, such as data exfiltration and several others as the year progresses. As usual you can also subscribe to have the report delivered to your inbox every month. 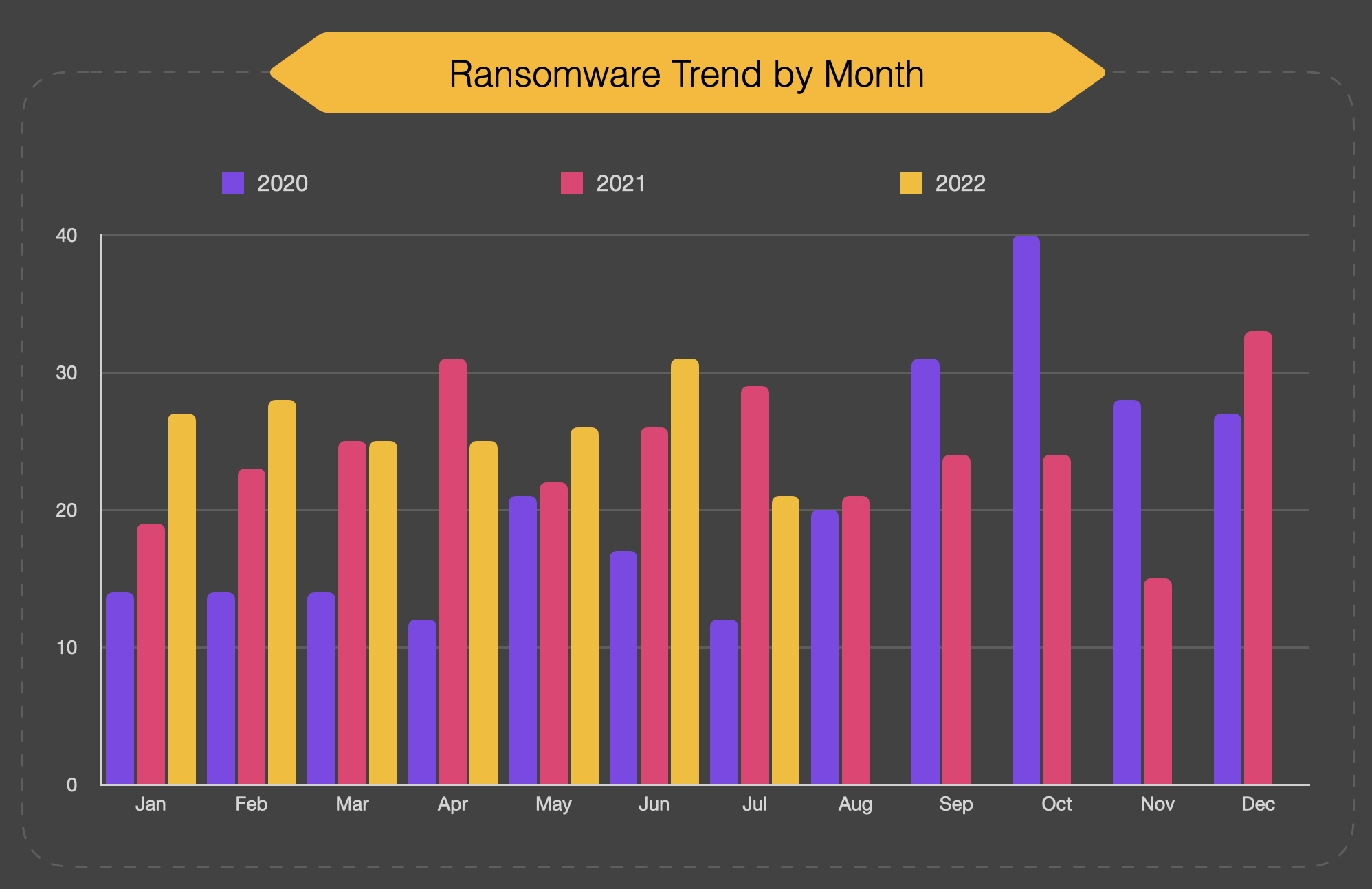 Ransomware started strong in 2022 with a significant attack on Bernalillo County in New Mexico making headlines. The incident closed most government buildings and impacted education in the area. The cyberattack also had a knock on effect at a county jail when the security camera and automatic doors were knocked offline leaving the inmates in lockdown. Here’s a look at what else we uncovered for the month.

In March we recorded 25 ransomware attacks with Samsung, Microsoft and Bridgestone making headlines. Automotive giant Toyota also made news when they were forced to halt production across all plants in Japan after a ransomware attack on a key supplier. Here’s a look at what else we uncovered during the month.

In April the Stormous criminal gang made headlines when they claimed an attack resulting in 161 GBs of data stolen from Coca Cola without the company knowing. Reports say the Russian-linked hackers later put it up for sale for $640,000 or 16 million Bitcoin. The Conti gang was also busy this month with notable attacks on industrial giant Parker Hannifin and Snap On Tools. Newcomers Black Basta also made headlines when they claimed attacks on Deutsche Windtechnik and the American Dental Association. Here’s a snapshot of what organizations made the ransomware list this month.

In May 26 ransomware attacks were publicly disclosed, an increase over both 2020 and 2021. Education and government were the hardest hit verticals for the month, with an attack on Indian airline SpiceJet and farming equipment maker AGCO making the most headlines globally.  The Austrian state of Carinthia also made news when  the BlackCat criminal gang disrupted their systems and demanded a ransom of 5 million. Here’s a snapshot of what else we uncovered.

In June we recorded 31 publicly disclosed ransomware attacks, the most we’ve seen this year so far. South Africa’s largest supermarket chain made news when they were hit by the RansomHouse criminal gang, and one of Brazil’s largest retail chains, Fast Shop was also hit. The BlackCat gang claimed an attack on the University of Pisa hitting them with a $4.5 million ransom, while Brooks County in Texas admitted to paying their ransom with tax payer dollars. Here’s a look into what else we uncovered during the month.

In July we spotted 21 ransomware attacks in the press including one on an Australian prison when bad actors managed to take control of the computer systems. The LockBit gang was busy this month claiming attacks on Italy’s tax agency, a small Canadian town, a town in Colorado and French telecoms firm,  La Poste Mobile. Here’s a look at who else made news during the month.